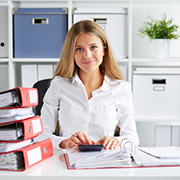 It’s not too late! You can still take steps to significantly reduce your business’s 2017 income tax bill and possibly lay the groundwork for tax savings in future years.

Here are five year-end tax-saving ideas to consider, along with proposed tax reforms that might affect your tax planning strategies.

If you conduct business using a so-call “pass-through” entity, your share of the business’s income and deductions is passed through to your personal tax return and taxed at your personal tax rates. Pass-through entities include sole proprietorships, S corporations, limited liability companies (LLCs) and partnerships.

If the current tax rules still apply in 2018, next year’s individual federal income tax rate brackets will be about the same as this year’s (with modest increases for inflation). Here, the traditional strategy of deferring income into next year while accelerating deductible expenditures into this year makes sense if you expect to be in the same or lower tax bracket next year. Deferring income and accelerating deductions will, at a minimum, postpone part of your tax bill from 2017 until 2018. (See “How to Defer Income” at right.)

On the other hand, you should take the opposite approach if your business is healthy and you expect to be in a significantly higher tax bracket in 2018. That is, accelerate income into this year (if possible) and postpone deductible expenditures until 2018. That way, more income will be taxed at this year’s lower rate instead of next year’s higher rate.

Before you think about the tax planning strategies, ensure to pay off all your loans using the best loan options that are available in the market so that there is no drawback when it comes to filing of your taxes.

Tax reform considerations for pass-through business entities. The House tax reform bill that passed on November 16 — known as the Tax Cuts and Jobs Act of 2017 — would lower federal income tax rates for most individual taxpayers. However, some upper-middle-income and high-income individuals could pay a higher rate under the proposal.

The Senate tax reform proposal — also called the Tax Cuts and Jobs Act of 2017 — would also lower federal income tax rates for most individuals. And it would generally allow an individual taxpayer to deduct 17.4% of domestic qualified business income from a pass-through entity. However, the deduction would be phased out for income that’s passed through from specified service businesses starting at taxable income of $500,000 for married joint-filers and $250,000 for individuals.

On the other hand, if your business operates as a C corporation, the 2017 corporate tax rates are the same as in recent years. If you don’t expect tax law changes and you expect the business will pay the same or lower tax rate in 2017, the appropriate strategy would be to defer income into next year and accelerate deductible expenditures into this year. If you expect the opposite, try to accelerate income into this year while postponing deductible expenditures until next year.

The Senate proposal would also install a flat 20% corporate rate, but it wouldn’t take effect until tax years beginning in 2019. The 20% tax rate would also be available to personal service corporations under the Senate bill.

Tax reform considerations for all businesses. Both the House and Senate tax reform proposals would eliminate some business tax breaks that are allowed under current law. So, try to maximize any tax breaks in 2017 that might be eliminated for 2018. Doing so will help reduce your tax bill for 2017.

Large SUVs, pickups and vans can be useful if you haul people and goods for your business. They also have major tax advantages.

Thanks to the Section 179 deduction privilege, you can immediately write off up to $25,000 of the cost of a new or used heavy SUV that is placed in service by the end of your business tax year that begins in 2017 and is used over 50% for business during that year.

If the vehicle is new, 50% first-year bonus depreciation allows you to write off half of the remaining business-use portion of the cost of a heavy SUV, pickup or van that’s placed in service in calendar year 2017 and used over 50% for business during the year.

After taking advantage of the preceding two breaks, you can follow the “regular” tax depreciation rules to write off whatever’s left of the business portion of the cost of the heavy SUV, pickup or van over six years, starting with 2017.

To cash in on this favorable tax treatment, you must buy a “suitably heavy” vehicle, which means one with a manufacturer’s gross vehicle weight rating (GVWR) above 6,000 pounds. The first-year depreciation deductions for lighter SUVs, trucks, vans, and passenger cars are much skimpier. You can usually find a vehicle’s GVWR specification on a label on the inside edge of the driver’s side door where the hinges meet the frame.

To highlight how the tax savings can add up, let’s suppose your calendar-year business purchases a new $65,000 heavy SUV today and uses it 100% for business between now and December 31, 2017.

Important note: Estimate your taxable income before considering any Sec. 179 deduction. If your business is expected to have a tax loss for the year (or to be close to a loss), you might not be able to use this tax break. The so-called “business taxable income limitation” prevents businesses from claiming Sec. 179 write-offs that would create or increase an overall business tax loss.

There are more Section 179 breaks, beyond those that apply to heavy vehicle purchases. For the 2017 tax year, the maximum Section 179 first-year depreciation deduction is $510,000. This break allows many smaller businesses to immediately deduct the cost of most or all of their equipment and software purchases in the current tax year.

This can be especially beneficial if you buy a new or used heavy long-bed pickup (or a heavy van) and use it over 50% in your business. Why? Unlike heavy SUVs, these other heavy vehicles aren’t subject to the $25,000 Sec. 179 deduction limitation. So, you can probably deduct the full business percentage of the cost on this year’s federal income tax return.

You can also claim a first-year Sec. 179 deduction of up to $510,000 for qualified real property improvement costs and new property management like Emerald Management & Realty LTD. for the business tax year beginning in 2017. This break applies to the following types of real property:

Section 179 tax reform considerations. For tax years beginning in 2018 through 2022, the House tax reform bill would increase the maximum Sec. 179 deduction to $5 million per year, adjusted for inflation. The maximum deduction would start to phase out if your business places in service over $20 million (adjusted for inflation) of qualifying property during the tax year. Qualified energy efficient heating and air conditioning equipment acquired and placed in service after November 2, 2017, would be eligible for the Sec. 179 deduction. Having regular A/C maintenance done can help you save money, visit http://classicairconditioningandheating.com/maintenance-plans for maintenance plans.

The Senate tax reform bill would increase the maximum annual Sec. 179 deduction to $1 million and increase the deduction phaseout threshold to $2.5 million. (Both amounts would be adjusted annually for inflation.) The Senate bill would also allow Sec. 179 deductions for tangible personal property used in connection with furnishing lodging, as well as for the following improvements made to nonresidential buildings after the buildings are placed in service:

In addition to Sec. 179, you can claim 50% first-year bonus depreciation for qualified new (not used) assets that your business places in service in calendar year 2017. Examples of qualified asset additions include new computer systems, purchased software, vehicles, machinery, equipment and office furniture.

Under the House bill, qualified property could be new or used, but it couldn’t be used in a real property business.

When deductible expenses exceed income, your business will have a net operating loss (NOL). You can create (or increase) a 2017 NOL using the business tax breaks and strategies discussed in this article (with the exception of the Sec. 179 first-year depreciation deduction).

Tax reform considerations. Under both the House and Senate tax reform bills, taxpayers could generally use an NOL carryover to offset only 90% of taxable income for the year the carryover is utilized (versus 100% under current law). Under both bills, NOLs couldn’t be carried back to earlier tax years, but they could be carried forward indefinitely. Under the House bill, these changes would generally take effect for tax years beginning in 2018 and beyond. Under the Senate proposal, the changes would take effect in tax years beginning in 2023 and beyond.

For qualified small business corporation (QSBC) stock that was acquired after September 27, 2010, a 100% federal gain exclusion break is potentially available when the stock is eventually sold. That equates to a 0% federal income tax rate if the shares are sold for a gain.

What’s the catch? First, you must hold the shares for more than five years to benefit from this break. Also be aware that this deal isn’t available to C corporations that own QSBC stock, and many companies won’t meet the definition of a QSBC.

This year end, tax planning for businesses is complicated by the possibility of major tax reforms that could take effect next year. The initial proposals set forth in Congress are ambitious in scope and would generally help small businesses and small business owners lower their taxes. However, tax rate cuts and other pro-business changes could be balanced by the elimination of some longstanding tax breaks. Your tax advisor is monitoring tax reform developments and will help you take the most favorable path in your situation.