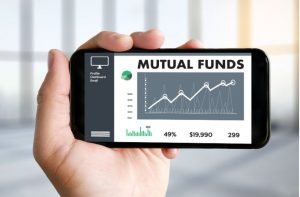 If you’re an investor in mutual funds or you’re interested in putting some money into them, you’re not alone. According to the Investment Company Institute, a survey found 58.7 million households owned mutual funds in mid-2020. But despite their popularity, the tax rules involved in selling mutual fund shares can be complex.

What are the basic tax rules?

Let’s say you sell appreciated mutual fund shares that you’ve owned for more than one year, the resulting profit will be a long-term capital gain. As such, the maximum federal income tax rate will be 20 percent, and you may also owe the 3.8 percent net investment income tax. However, most taxpayers will pay a tax rate of only 15 percent.

When a mutual fund investor sells shares, gain or loss is measured by the difference between the amount realized from the sale and the investor’s basis in the shares. One challenge is that certain mutual fund transactions are treated as sales even though they might not be thought of as such. Another problem may arise in determining your basis for shares sold.

When does a sale occur?

It’s obvious that a sale occurs when an investor redeems all shares in a mutual fund and receives the proceeds. Similarly, a sale occurs if an investor directs the fund to redeem the number of shares necessary for a specific dollar payout.

It’s less obvious that a sale occurs if you’re swapping funds within a fund family. For example, you surrender shares of an Income Fund for an equal value of shares of the same company’s Growth Fund. No money changes hands but this is considered a sale of the Income Fund shares.

Another example: Many mutual funds provide check-writing privileges to their investors. Although it may not seem like it, each time you write a check on your fund account, you’re making a sale of shares.

How do you determine the basis of shares?

If an investor sells all shares in a mutual fund in a single transaction, determining basis is relatively easy. Simply add the basis of all the shares (the amount of actual cash investments) including commissions or sales charges. Then, add distributions by the fund that were reinvested to acquire additional shares and subtract any distributions that represent a return of capital.

The calculation is more complex if you dispose of only part of your interest in the fund and the shares were acquired at different times for different prices. You can use one of several methods to identify the shares sold and determine your basis:

• First-in first-out. The basis of the earliest acquired shares is used as the basis for the shares sold. If the share price has been increasing over your ownership period, the older shares are likely to have a lower basis and result in more gain.

• Specific identification. At the time of sale, you specify the shares to sell. For example, “sell 100 of the 200 shares I purchased on April 1, 2018.” You must receive written confirmation of your request from the fund. This method may be used to lower the resulting tax bill by directing the sale of the shares with the highest basis.

• Average basis. The IRS permits you to use the average basis for shares that were acquired at various times and that were left on deposit with the fund or a custodian agent.

As you can see, mutual fund investing can result in complex tax situations.

Contact the professionals at Sol Schwartz & Associates if you have questions. We can explain in greater detail how the rules apply to you.
© 2022