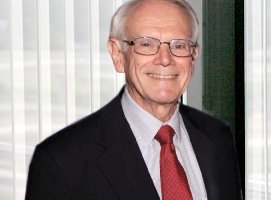 The IRS in August 2014 issued Form 1023-EZ, Streamlined Application for Recognition of Exemption Under Section 501(c)(3) of the Internal Revenue Code, as a procedure to simplify the process of obtaining tax-exempt status. When it was published, Commissioner John Koskinen described it as a common-sense approach to help reduce lengthy processing delays for small tax-exempt groups and, ultimately, larger organizations as well. The instructions for Form 1023-EZ estimate about 5½ hours of preparation time, 10 hours of recordkeeping, and about 2½ hours to learn how to prepare the three-page form. However, the instructions are 10 pages, and one has to complete a 26-question Form 1023-EZ Eligibility Worksheet to determine whether an organization qualifies and then find the organization’s category and code from the National Taxonomy of Exempt Entities (NTEE) system.

More importantly, an organization cannot use Form 1023-EZ if its assets exceed $250,000 or its annual gross receipts are more than $50,000. The IRS’s news release indicated this form could help organizations such as a gardening club. If that is the goal, the gardening club should act quickly before it starts to grow larger.

If an organization does not qualify to file Form 1023-EZ, then it must complete Form 1023. The instructions to that form are much longer, and it is estimated to take at least 9½ hours to prepare. Recordkeeping time is estimated to be a minimum of 89 hours. From a practical point of view, it is very costly for many good charitable organizations to prepare it.

Example: A charitable trust is established under a client’s will. The client left an IRA of $1 million, with instructions to distribute the funds to certain Sec. 501(c)(3) organizations over at least a 10-year period.

Which return should be filed for this charitable trust? A charity that files a Form 990-PF, Return of Private Foundation, electronically without getting tax-exempt status approved will have the form rejected by the IRS. Instead, the form must be submitted by mail with the Form 1023 that has already been submitted to the IRS attached. The organization can expect that it will take a while to get approval when it submits Form 1023, but it must file the Form 990-PF in the meantime.

What if the client does not want to spend the money to prepare Form 1023? The tax adviser is left with filing a Form 1041, U.S. Income Tax Return for Estates and Trusts, and possibly paying taxes. Regs. Sec. 1.642(c)-1 provides for a charitable deduction for amounts paid in the current year and the following year to qualified charities. There is no longer a provision for deducting amounts set aside for charitable purposes unless the organization is part of a pooled charitable trust or was organized before 1970.

In the example above, where it was not the grantor’s intent to distribute all of the money over a two-year period, a considerable amount of taxable income could be trapped in the trust if it is funded completely with the proceeds of an IRA. All of those funds would be taxable to the trust if they are not distributed in the first two years.

The IRS should realize that while it is a good idea to have a Form 1023-EZ, the limits for qualifying to file need to be increased substantially. The IRS should consider increasing the asset limit from $250,000 to $2.5 million.