Both the United States and foreign countries may tax the foreign source income of U.S. taxpayers. To ease this double taxation burden, the Internal Revenue Code permits most U.S. taxpayers who pay income taxes to a foreign country to either deduct the taxes from gross income for U.S. purposes or credit them dollar for dollar against their U.S. income tax liability on foreign source income. At the very end of 2021, the IRS issued final regulations relating to the foreign tax credit.

The regs cover a broad expanse of details related to this important tax break. For example, they include the disallowance of a credit or deduction for foreign income taxes with respect to dividends eligible for a dividends-received deduction. And they address the allocation and apportionment of interest expense, foreign income tax expense and certain deductions of life insurance companies. 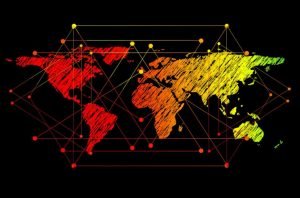 In addition, the regs update the definition of a foreign income tax and a tax in lieu of an income tax. This includes changes to the:

The definition of foreign branch category income is covered as well, along with the time at which foreign taxes accrue and can be claimed as a credit.

Perhaps most notably, the final regs clarify rules relating to foreign-derived intangible income (FDII). More specifically, they address the determination of foreign income taxes subject to the credit and deduction disallowance provisions of Sec. 245A(d), as well as the determination of oil and gas extraction income from domestic and foreign sources and of electronically supplied services under Sec. 250.

These are but a few highlights of the final foreign tax credit regs. If you believe they could affect your tax situation, consult an international tax advisor at Sol Schwartz & Associates for specifics.