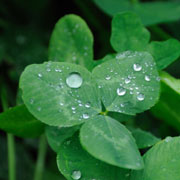 Irish Revenue published a document explaining the important role that its competent authority (CA) function would play in resolving international tax disputes and ensuring the correct allocation of taxable profits to Ireland.

In today’s global tax environment, transfer pricing is one of the most significant tax issues. As such, when deciding on where to establish and/or expand global operations, multinational enterprises (MNEs) place increasing emphasis on jurisdictions with strong, experienced and well-resourced CA functions.

According to Irish Revenue, when Ireland enters into an income tax treaty with another jurisdiction, it has a legal obligation to provide a CA function to resolve tax disputes that may arise under the treaty.

Article 25 mutual arrangement procedure (MAP) of the Model Tax Convention of the Organisation for Economic Co-operation and Development (OECD) provides a mechanism for tax authorities to resolve tax disputes. That article states that CAs “shall endeavor . . . to resolve [disputes] by mutual arrangement with the competent authority of the other Contracting State, with a view to the avoidance of double taxation.”

Irish Revenue is Ireland’s CA, described as the “position, person, or body to whom issues can be addressed to ensure a good faith application of a double tax convention [that is an income tax treaty] and who will endeavor to resolve such issues in accordance with the applicable tax convention.” Among other things, Ireland’s CA would resolve international transfer pricing disputes.

“We are expecting adjudication on Apple maybe in the next few weeks but certainly between now and Christmas,” Irish Finance Minister Michael Noonan told reporters on his way to a meeting of the European Union finance ministers.

The commission has been investigating the tax ruling practices of EU states since 2013. On June 11, 2014, the commission opened formal state aid investigations in three cases: Apple in Ireland, the Fiat Finance & Trade unit of Fiat Chrysler in Luxembourg, and Starbucks in the Netherlands.

Status of the Apple Case

The panel has decided that Luxembourg and the Netherlands granted the Fiat unit and Starbucks illegal aid and ordered the two countries to recover between $21 million (€20 million) and $32 million (€30 million) in taxes from each company.

In its fourth quarter financial statements, Apple noted that its effective tax rates “could be affected by . . . changes in tax laws or their interpretation, including in . . . Ireland.” The computer giant stated that “if the European Commission were to conclude against Ireland, it could require Ireland to recover from the company past taxes covering a period of up to 10 years reflective of the disallowed state aid, and such amount could be material.”

In an interview with Irish national broadcaster RTE, Apple CEO Tim Cook was asked if the company intends to scale back in Ireland in the event that the company receives an adverse ruling from the commission. Citing the company’s decision to add 1,000 new jobs in Ireland by mid-2017, he responded, “We’re all in.”

Apple Will Appeal an Adverse Ruling

“If there is an adverse ruling, we’re going to appeal, Ireland is going to appeal and we’re going to support them because there was no special deal, no special arrangement,” Cook said. “I can’t say for sure what they’ll come back with, but what I do know for sure is if the evidence is viewed on a fair basis, I believe strongly that it will be found that there is nothing wrong done.”

“Ireland’s position is to support mandatory binding arbitration and this may be achieved through co-operation with other countries that have a similar view,” Irish Revenue stated, adding that its CA function “has expanded significantly” over the past 18 months.

Irish Revenue envisions that the base erosion and profit shifting (BEPS) project of the OECD will lead to a significant increase in transfer pricing disputes, as well as placing more requirements on the CA function as a result of proposed changes under BEPS Action 14. The objective of BEPS Action 14 is to develop solutions to address obstacles that prevent countries from solving treaty-related disputes under the MAP, including the absence of arbitration provisions in most income tax treaties and the fact that access to the MAP and arbitration may be denied in certain cases (for example, where a serious penalty has been applied). As such, Irish Revenue expects an increase in the number of MAPs and requests for advance pricing arrangements (APAs).

Note: Other stakeholders have echoed similar concerns. The question often asked is: Which CA do you want on your side in the event of an international tax dispute?

Irish Revenue observes that MNEs are increasingly seeking certainty with respect to transfer pricing matters. An APA would establish the arrangement between the tax administrations in two or more countries on how future transactions between related taxpayers established in their respective jurisdictions will be taxed.

Irish Revenue does not have a formal bilateral APA program, but intends to evaluate implementing one “to enhance Ireland’s standing as a fair and transparent tax jurisdiction.” It has acknowledged, however, that there are disadvantages that need to be considered.

Four of Ireland’s income tax treaties contain arbitration clauses. In Irish Revenue’s view, mandatory binding arbitration gives taxpayers a guarantee that their case will be resolved within a set time period and that they will not be subject to double taxation.

Irish Revenue’s key aims and objectives with respect to the CA function include the following:

The recent Irish Finance Bill contains details of Ireland’s response to Action 13 of the BEPS minimum standard of country-by-country reporting. Under the proposed bill, an Irish headquartered MNE with annual consolidated group revenue in excess of €750 million (US$805 million) will be required to provide Irish Revenue with information for each jurisdiction in which the group operates. Country-by-country reporting will apply for fiscal years starting on or after January 1, 2016, and the report must be filed no later than 12 months after the end of the fiscal year to which it relates.