Here are some of the key provisions of the law. (Unless otherwise noted, the reforms apply to years starting after December 31, 2017.)

Deduction for Foreign-Source Portion of Dividends 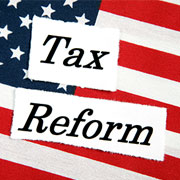 Prereform. U.S. citizens, resident individuals, and domestic corporations generally were taxed on all income, whether earned in the U.S. or abroad. Foreign income earned by a foreign subsidiary of a U.S. corporation generally wasn’t subject to U.S. tax until the income was distributed as a dividend to the U.S. corporation.

No foreign tax credit or deduction is allowed for taxes paid or accrued with respect to a dividend that qualifies for the DRD. The deduction isn’t allowed if the domestic corporation didn’t hold the stock in the foreign corporation for a certain length of time.

The provision eliminates the “lockout” effect, which encourages U.S. companies to avoid bringing their foreign earnings back into the U.S.

The DRD is available only to C corporations that aren’t regulated investment companies (RICs) or real estate investment trusts (REITs).

New law. For dividends received, a domestic corporate shareholder’s adjusted basis in the stock of a “specified 10%-owned foreign corporation” is reduced by an amount equal to the portion of any dividend received that wasn’t taxed because of allowable dividends, but only for the purpose of determining losses on sales and exchanges of the foreign corporation’s stock.

If a U.S. corporation transfers substantially all of the assets of a foreign branch to a foreign subsidiary, any transferred losses incurred by the foreign branch must generally be included in the parent’s gross income.

Prereform. U.S. citizens, resident individuals, and domestic corporations generally were taxed on all income, regardless of where it was earned. Foreign income earned by a foreign subsidiary of a U.S. corporation generally wasn’t subject to tax in the United States until the income was distributed as a dividend to the corporation.

New law. U.S. shareholders owning at least 10% of a foreign subsidiary generally must include in income their pro rata share of the net post-1986 historical E&P of the subsidiary to the extent the E&P hasn’t been taxed in the United States. This relates to the subsidiary’s last tax year beginning before 2018. The portion of the E&P comprising cash or cash equivalents is taxed at a reduced rate of 15.5%; any remaining E&P is taxed at a reduced rate of 8%.

The shareholder may elect to pay the tax in installments over up to eight years in the following manner:

Changes its status,
Sells substantially all of its assets, or
Stops conducting business.

For REITs, post-1986 E&P is excluded from the gross income tests. In addition, REITs can elect to meet their distribution requirement of accumulated deferred foreign income under the same eight-year installment plan that applies to U.S. shareholders who elect for the installment plan to pay their net tax liability resulting from the mandatory inclusion of pre–effective-date undistributed CFC earnings.

Prereform. A U.S. person generally wasn’t subject to U.S. tax on foreign income earned by a foreign corporation in which it owned shares until that income was distributed as a dividend. Several antideferral regimes modified this general rule. One of these exceptions was certain types of income earned by CFCs that fell under the heading of Subpart F income.

New law. For tax years of foreign corporations that begin after December 31, 2017, and for tax years of U.S. shareholders in which or with which such tax years of foreign corporations end, a U.S. shareholder of any CFC must include in gross income the excess (if any) of the holder’s net CFC-tested income over the shareholder’s net deemed tangible income return; this excess is known as global intangible low-taxed income (GILTI). This must be done in a manner generally similar to inclusions of Subpart F income. The shareholder’s net deemed tangible income return is equal to 10% of the aggregate of the holder’s pro rata share of the qualified business asset investment of each CFC in which it owns stock.

Prereform. U.S. persons were generally taxed on all income, whether derived in the U.S. or abroad. Foreign income earned through foreign corporations was generally subject to U.S. tax only when the income was distributed as a dividend.

New law. For tax years that begin after December 31, 2017, and before January 1, 2026, a domestic corporation may deduct an amount equal to the sum of:

For tax years that begin after December 31, 2025, the allowed deduction will decrease to:

New law. A U.S. shareholder in a CFC that invested previously excluded Subpart F income in qualified foreign base company shipping operations isn’t required to include as income a pro rata share of the previously excluded Subpart F income when the CFC decreases such investments. This applies to tax years of foreign corporations that begin after Dec. 31, 2017, and for tax years of U.S. shareholders in which or with which such tax years of foreign corporations end.

Prereform. A U.S. parent of a CFC was subject to U.S. tax on its pro rata share of the CFC’s Subpart F income. A foreign subsidiary is a CFC if it is more than 50% owned by one or more U.S. persons, each of which owns at least 10% of the foreign unit. Constructive ownership rules applied in determining ownership for this purpose.

Prereform. A U.S. shareholder for CFC purposes was a U.S. person who owned 10% or more of the total combined voting power of all classes of stock entitled to vote of the foreign corporation.

Prereform. A U.S. parent of a CFC was subject to U.S. tax on its pro rata share of the CFC’s Subpart F income, but only if the U.S. parent owned stock in the foreign subsidiary for an uninterrupted period of 30 days or more during the year.

Tax Reform Tackles Base Erosion and BEATS Down on Tax Abuse 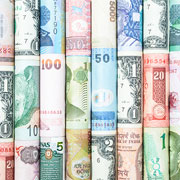 The far-reaching legislation also contains stipulations on income shifting and foreign tax. Unless otherwise noted, the changes apply to years starting after December 31, 2017.

Prereform. There was no minimum tax that had to be paid on certain deductible payments to a foreign affiliate.

New law. For base erosion payments paid or accrued, certain corporations with average annual gross receipts of at least $500 million must now pay a BEAT equal to the base erosion minimum tax for the tax year.

For any tax year beginning before January 1, 2026, the base erosion minimum tax is the excess of 10% of the modified taxable income of the taxpayer for the tax year,

1. Over an amount equal to the regular tax liability reduced (but not below zero) by the excess (if any) of credits, and

2. Over an amount that includes the general business credit allowed for the tax year allocable to the research credit.

In other words, the regular tax liability is reduced by an amount equal to all credits allowed, including the general business credit.

Members of affiliated groups that include a bank or securities dealer will pay the BEAT tax at an 11% rate, increasing to 13.5% after 2025.

Excluded are any amounts paid or incurred for services that don’t contribute significantly to fundamental risks of business success or failure and are the total services cost with no markup.

There is also an exception for certain derivative payments made in the ordinary course of a trade or business.

Prereform. A U.S. corporation that owned at least 10% of the voting stock of a foreign corporation was allowed a deemed-paid credit for:

A foreign tax credit is allowed for any subpart F income that is included in the income of the U.S. shareholder on a current year basis.

Prereform. The foreign tax credit limitation was calculated separately for two categories (or “baskets”) of income:

Prereform. For purposes of the limitation on the foreign tax credit, if a taxpayer sustained an overall domestic loss for any tax year, then, for each succeeding year, an amount of U.S.-source taxable income was recharacterized as foreign-source income if it was lower than:

1. The full amount of the loss to the extent not carried back to prior tax years, or
2. 50% of the taxpayer’s U.S.-source taxable income for that succeeding tax year.

New law. For any tax year of the taxpayer that begins after December 31, 2017, and before January 1, 2028, the taxpayer may, with respect to pre-2018 unused overall domestic losses, elect to substitute, for the above 50% amount, a percentage greater than 50% but not greater than 100%.

Prereform. A U.S. person that transferred intangible property to a foreign corporation in an otherwise nonrecognition transaction was generally treated as having sold the property in exchange for payments contingent on the property’s productivity, use or disposition. In these cases, the U.S. transferor included an amount in income each year, over the useful life of the property.

The definition is revised and the IRS authority to require certain valuation methods is confirmed. The basic approach of the existing transfer pricing rules with regard to income from intangible property remains unchanged. Workforce in place, goodwill (both foreign and domestic), and going concern value are intangible property, as is the residual category of “any similar item” the value of which isn’t attributable to tangible property or the services of an individual.

Income from inventory produced in the U.S. and sold abroad is no longer eligible for split sourcing but must be fully U.S.-sourced.

That rule change is among the many modifications in the Tax Cuts and Jobs Act (TCJA). Unless otherwise noted, the changes mentioned in this article are for tax years beginning after December 31, 2017.

Sourcing Income from Sales of Inventory

Prereform. In determining the source of income for foreign tax credit purposes, up to 50% of the income from the sale of inventory property that was produced within the U.S. and sold outside the U.S. (or vice versa) could be treated as foreign-source income.

New law. Gains, profits and income from the sale or exchange of inventory property produced partly in and partly outside the U.S. must be allocated and apportioned on the basis of the location of production with respect to the property.

Prereform. Taxpayers had to determine U.S.-source and foreign-source income for various purposes. The Internal Revenue Code provides rules for allocating interest, etc., for those purposes.

New law. For corporations becoming expatriated after the reforms are enacted, the excise tax on stock compensation in an inversion is increased from 15% to 20%.

Prereform. No deduction was allowed for losses from sales or exchanges of property (except in corporate liquidations), directly or indirectly, between certain related persons. There was no explicit disallowance of a deduction for any disqualified related-party amount paid or accrued under a hybrid transaction or by, or to, a hybrid entity. A disqualified related-party amount is any interest or royalty paid or accrued to a related party to the extent that:

1. There is no corresponding inclusion to the related party under the tax law of the country of which such related party is a resident for tax purposes, or

2. Such related party is allowed a deduction with respect to such amount under the tax law of such country. 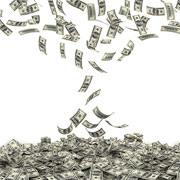 New law. There’s no deduction for any disqualified related-party amount paid or accrued pursuant to a hybrid transaction or by, or to, a hybrid entity. In general, a hybrid transaction is one that involves payment of interest or royalties that aren’t treated as such by the country of residence of the foreign recipient. And, in general, a hybrid entity is an entity that is treated as fiscally transparent for federal income purposes but not for purposes of the tax law of the foreign country, or vice versa.

Prereform. U.S. shareholders of a passive foreign investment company (PFIC) were taxed on the PFIC’s earnings. An exception to this rule applied to certain income derived in the active conduct of an insurance business.

1. Subject to tax if it were a domestic corporation, and

2. For which the applicable insurance liabilities constitute more than 25% of its total assets as reported on the company’s applicable financial statement for the last year ending with or within the taxable year.