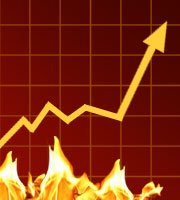 Last year was the hottest year for mergers and acquisitions (M&As) since the financial crisis began, according to recent estimates from Thomson Reuters. And 2015 is expected to be even hotter. Are you contemplating buying or selling a business in the near future? Here are some recent trends and best practices to consider.

The value of worldwide M&As totaled $3.5 trillion in 2014, a 47 percent increase over the previous year and the strongest annual period for global deal-making since 2007, according to the estimates. Large-cap transactions — involving household names such as Comcast, Time Warner, Burger King and Tim Hortons — accounted for 95 percent of the global deals announced in 2014.

Small and middle market domestic companies also had a banner year in 2014, and the M&A frenzy is expected to continue to trickle down to the private markets even more in 2015. Last year, the Insight Report (published by Internet marketplace BizBuySell) reported 7,494 closed deals, the highest number of small business sales reported since the Insight Report was first published in 2007.

The pendulum of power is also shifting to favor sellers more. What was a strong buyers’ market during and after the recession is slowly balancing out. Although buyers can still find some bargains, sellers with improving revenue and cash flow are receiving a higher return on investment than in years past.

Research firm IBISWorld has named the following sectors as M&A hot spots for 2015:

Technology, media and telecommunications. Companies in this sector need to stay atop the latest advancements in technology. M&A offers a way to stay ahead of the competition and build market share. A high profile example is Facebook’s acquisition of WhatsApp in 2014.

Energy. Oil and gas companies are consolidating to achieve economies of scale and operational efficiencies in the face of declining crude oil and natural gas prices. Energy manufacturers struggling with high debt may be bought at discounts by larger competitors that bring synergies to the bargaining table.

In any deal, the buyer wants to pay the lowest possible price and the seller wants to receive the highest possible after-tax price. Integrating financial “earnouts” into a deal’s terms can be an effective way to bridge the gap between these conflicting points of view. Earnouts are also common in deals involving distressed businesses and startups with uncertain cash flow projections.

In an earnout, a portion of the purchase price is paid later — and only if the company achieves predetermined financial benchmarks in future periods. Earnouts may be contingent on the acquired business meeting specific revenue, profit or earnings before interest, tax, depreciation and amortization (EBITDA) benchmarks.

Earnouts can help close deals, but they can also present significant risks for unwary buyers and sellers. For instance, the buyer and seller may disagree about how to properly calculate earnout payments or when payments are due. Or the seller may argue that the buyer’s mismanagement of the acquired business caused it to miss an earnout benchmark. Here are some ways to help minimize friction and potential lawsuits related to earnout clauses:

Due Diligence for Sellers

Another way for sellers to minimize disputes over earnouts is to perform due diligence on the buyer. Before signing on the dotted line, the seller should research whether a prospective buyer is financially sound and has the skills and resources to successfully operate the business after the merger or acquisition.

An outside financial expert can help the seller objectively review management qualifications, financial statements and business plans. It’s also a good idea to perform background checks on the buyer’s principals and research public records (including the Internet) to evaluate whether the buyer is a strong credit risk.

Due Diligence for Buyers

Of course, buyers also need to perform in-depth due diligence to ensure that they understand what they’re buying and to avoid overpaying. Comprehensive due diligence covers a broad range of issues, including:

It’s common for novice buyers to actively seek outside guidance on how to optimize the due diligence process. But no matter how experienced management is in M&A, it never hurts to have an objective third party “kick the tires” before the deal closes. When deals fail to meet shareholder expectations, it’s often linked to buyers who become overzealous, causing them to overestimate synergies and overlook cultural differences between the soon-to-be-married companies.

For buyers and sellers, due diligence has become an increasingly thoughtful, strategic process. Rather than relying on gut instinct or simplified rules of thumb, many companies are turning to outside financial and legal advisers to evaluate and structure deals. In some cases, a buyer or seller may decide to walk away from a deal if it’s not a smart fit.

M&As can lead to significant transaction costs, including success-based fees paid to investment bankers and stock option compensation expenses. For federal tax purposes, these costs may be deductible to the acquisition target, providing a refund of taxes paid in the past or offsetting future tax obligations.

The IRS plans to issue proposed regulations in early 2015 that would clarify the application of the so-called “next-day rule,” which allows companies that merge and subsequently file consolidated returns to push deductions for M&A transaction costs into the post-acquisition period. Under the next-day rule, the buyer and seller effectively agree to allocate costs to the day after the transaction.

If the IRS eliminates the option to elect the next-day rule, it would likely limit flexibility in reporting business combinations for federal tax purposes. There’s also speculation among tax professionals that the next-day rule could become mandatory (rather than elective) to eliminate inconsistency.

Your tax adviser can explain the tax implications of an M&A transaction, as well as the latest developments involving this proposed regulation.

The Financial Accounting Standards Board (FASB) has relaxed the reporting requirements for private business combinations under U.S. Generally Accepted Accounting Principles (GAAP). Now private companies can elect to amortize goodwill and certain intangible assets acquired in business combinations for 10 years (or fewer) instead of only testing them for impairment. They can also combine noncompetition agreements and certain customer-related intangibles with goodwill.

FASB is still deciding whether to extend these simplified merger and acquisition reporting options to public companies. We’ll watch for more details on the latest rules on how to account for your business combination under GAAP.