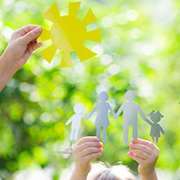 Some lucrative federal income tax credits for certain energy-efficient home improvements were extended recently. The extensions were part of the Protecting Americans from Tax Hikes Act of 2015 (the PATH Act), which became law on December 18, 2015. Here’s what you need to know to cash in on these tax breaks.

If you opt to purchase one of these energy-efficient vehicles, you can qualify for a federal income tax credit in 2015 and 2016:

Fuel cell vehicles. You can claim a credit for a qualifying vehicle that’s propelled by chemically combining oxygen with hydrogen to create electricity. This credit expired at the end of 2014, but the PATH Act extended it to cover qualifying vehicles purchased in 2015 and 2016.

The base credit is $4,000 for vehicles weighing 8,500 pounds or less. Heavier vehicles can qualify for credits of up to $40,000. An additional credit of between $1,000 and $4,000 is available for cars and light trucks that meet specified fuel economy standards.

Two-wheeled, plug-in electric vehicles. You can claim a 10% credit for buying a qualifying electric-powered, two-wheeled vehicle that’s manufactured primarily for use on public roads and capable of going at least 45 miles per hour (in other words, an electric-powered motorcycle). The maximum credit is $2,500. This credit had previously expired, but it was restored by the PATH Act for qualifying vehicles acquired in 2015 and 2016.

In recent years, individuals could claim a tax credit of up to $500 for qualified energy-saving improvements made to a principal residence in the United States. This credit expired at the end of 2014, but the PATH Act extended it for 2015 and 2016.

For the following improvements to a U.S. principal residence, the maximum credit equals 10% of qualified expenditures up to the overall $500 credit cap, reduced by any credits claimed in earlier years:

•  Metal and asphalt roofs with heat-reduction components that meet Energy Star requirements, and

•  Exterior windows (including skylights) and doors that meet Energy Star requirements. These expenditures are subject to a separate $200 credit cap.

For the following items of energy-saving equipment installed in a U.S. principal residence, the maximum credit equals 100% of qualified expenditures up to the overall $500 credit cap, again reduced by any credits claimed in earlier years:

Qualified furnaces that run on natural gas, propane, or oil. These items are subject to a separate $150 credit cap.

This credit will expire again at the end of this year, unless Congress extends it again.

Important note. Because the $500 credit cap is reduced by any credits claimed in earlier years, many people who previously claimed the credit will be ineligible for any further credits in 2015 and 2016.

The solar panels credit was scheduled to expire at the end of 2016, but it’s been extended to cover qualifying expenditures made through 2021.  (Learn more from the IRS.)

Important note. Because qualifying systems are expensive, this credit can be significant. There are no upper limits on the credit or phase-out rules for people with higher income levels. In addition, the credit is allowed against the AMT. If your credit is so large that you can’t use all of it on your current-year return, you can carry forward any unused credit to future tax years.

In general, 30% of the costs for the following types of equipment count as eligible expenditures for the credit:

Qualified equipment must be installed and used in a U.S. residence, which can be a vacation home.

You can also take the credit for qualified fuel cell electricity-generating equipment for a U.S. principal residence. Vacation homes are ineligible for the fuel cell credit. Also, the maximum annual fuel cell credit is limited to $500 for each 0.5 kilowatt hour of fuel cell capacity added during that year.

This credit can’t, however, be claimed for equipment used to heat swimming pools or hot tubs. Special rules apply to expenditures for residential co-op and condominium buildings.

Important note. Keep receipts, contracts and other documentation to prove exactly how much you spend on eligible costs, including any extra labor costs for site preparation, assembly, installation, piping or wiring.

For more information about these “green” tax breaks, contact your tax adviser. There’s still time to claim these credits for the 2015 tax year — or to file an amended return, if you’ve already filed but you forgot to claim a credit for your eco-friendly home improvements.