Many people naturally associate the word “treaty” with “peace.” But the U.S. federal government has signed off on quite a few international tax treaties over the years, too. If a person, business or other entity engages in activities that may trigger international tax laws, it’s a good idea to have some familiarity with the nature of these treaties.

Tax treaties tend to reduce or eliminate U.S. income tax liability and withholding on income sourced from the United States. For example, suppose a citizen of Country X is temporarily present in the United States on business. In this situation, the individual is a nonresident alien under U.S. law and subject to U.S. taxation at specified rates on any salary, business income, investment and other income from the United States. 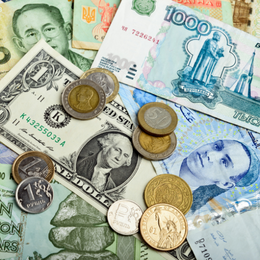 However, the U.S. treaty with Country X may exempt the person from tax or impose tax at lower rates on some or all of that income. The individual in question would be well advised to visit a qualified CPA who could first determine whether the United States has an income tax treaty with Country X. If it doesn’t, the typical tax rules apply. However, if there’s a treaty, the CPA can examine it for applicable exemptions or reductions in U.S. rates.

Internal Revenue Code Section 894 codifies the principle that any income that’s excluded from the gross income of a nonresident alien or foreign corporation, or that’s otherwise exempt from U.S. taxation under the terms of an income tax treaty between the United States and another country, is excluded from gross income.

Generally, reciprocal exemptions are granted to individuals and foreign corporations that don’t have permanent establishments in the other country and that meet other requirements related to the duration, scope and nature of activities. In addition, Section 6114 provides that a taxpayer who takes the position that a treaty reduces or eliminates U.S. tax liability must disclose that position on Form 8833, “Treaty-Based Return Position Disclosure Under Section 6114 or 7701(b),” which a tax preparer will attach to a tax return unless the position qualifies for a waiver.

The U.S. model treaty is used by the federal government as a starting point in negotiating actual treaties. Studying it may be helpful in interpreting corresponding provisions of an actual treaty. However, the model treaty doesn’t have the force of law. When determining the tax consequences of a transaction in a country bound by a treaty, it’s essential to look at the actual treaty in question.

In early December 2022, the United States and Croatia signed a comprehensive income tax treaty. The first of its kind between the two countries, the new treaty closely follows the U.S. model treaty and contains the following key provisions:

The new tax treaty will enter into force once the United States and Croatia have notified each other that they’ve completed their requisite domestic procedures. In the case of the United States, these include obtaining the advice and consent to ratification by the U.S. Senate.

International tax treaties are yet another sign of an increasingly global economy. If you have questions or concerns about the potential impact of a tax treaty on your situation, contact the international tax professionals at Sol Schwartz & Associates:

If you need an international tax CPA in San Antonio, Sol Schwartz & Associates is here for you, just as we have been since 1980, serving clients who need accounting professionals with deep experience in complex, demanding situations. Beyond San Antonio, we also serve business and individual clients across the U.S. and in numerous other countries around the world.