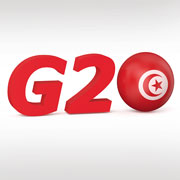 G-20 finance ministers endorsed the final package of measures for a comprehensive, coherent and coordinated reform of the international tax rules. project. BEPS provides solutions for closing the gaps in international rules that allow corporate profits to be shifted to low- or no-tax countries, where little or no economic activity takes place.

“Base erosion and profit shifting is sapping our economies of the resources needed to jump-start growth, tackle the effects of the global economic crisis and create better opportunities for all,” said Angel Gurría, Secretary-General of the Organisation for Economic Cooperation and Development (OECD).

“The G-20 has recognized that BEPS is also eroding the trust of citizens in the fairness of tax systems worldwide, which is why we were called on to prepare the most fundamental changes to international tax rules in almost a century,” he added.


The BEPS package also revises the guidance on the application of transfer pricing rules to prevent taxpayers from using so-called “cash box” entities to shelter profits in low- or no-tax jurisdictions.
Governments will be offered a series of new measures to put into effect through changes in their laws, including:

The ministers reiterated the need for the OECD to prepare an inclusive monitoring framework by early 2016 in which all countries will participate on an equal footing. The ministers agreed to forward the BEPS measures for discussion and action by G-20 heads of state during their November summit in Antalya, Turkey.