The Founder of the Firm: Sol Schwartz, CPA 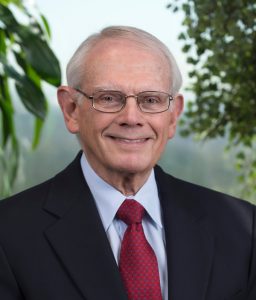 Sol Schwartz began his career as a CPA in 1960 with Arthur Andersen & Co. in Houston. After five years, he joined a local firm that was merging into a national firm. As a result, at age 29 he became the youngest partner admitted to that national firm. Shortly thereafter, the national firm asked him to move to San Antonio to take charge of a new office to be opened here.

In 1980, Sol left that national firm and founded Sol Schwartz & Associates. His vision was to have a tax and accounting firm that would be recognized as an eminent source for tax planning and compliance, along with providing accounting and audit services. The firm concentrated on providing the highest quality in training and research information for its staff.

In addition, Sol participated on a national level in the American Institute of CPA’s tax division. He was chosen to chair the committee to review tax laws regarding partnerships. His committee’s recommendations were presented to Congress. He also served on the AICPA committee to revise tax laws under Subchapter S. In recognition of his achievement in these areas, he was invited to speak on these subjects at the University of Virginia Tax Law Institute and the Ohio State Tax Law Institute.

Today Sol Schwartz & Associates is one of the largest and most respected accounting firms based in San Antonio, built on the bedrock values that have inspired us since Sol started the firm. Sol is still active as Chairman and works regularly on client matters.