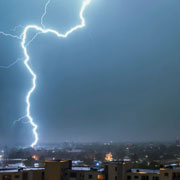 Hurricane Matthew victims in much of North Carolina and parts of South Carolina, Georgia and Florida have until March 15, 2017, to file certain individual and business tax returns and make certain tax payments, the IRS announced. This includes an additional filing extension for those with valid extensions that ran out on October 17.

The IRS is now offering this expanded relief to any area designated by the Federal Emergency Management Agency (FEMA), as qualifying for either individual assistance or public assistance. In addition, taxpayers in counties added later to the disaster area will automatically receive the same filing and payment relief.

The IRS stated that it is taking this step due to the unusual factors involving Hurricane Matthew and the interaction with the October 17 extension deadline.

The tax relief postpones various tax filing and payment deadlines that occurred starting on October 4, 2016. As a result, affected individuals and businesses will have until March 15, 2017, to file returns and pay any taxes that were originally due during this period. This includes the January 17 deadline for making quarterly estimated tax payments. For individual tax filers, it also includes 2015 income tax returns that received a tax-filing extension until today, October 17, 2016. The IRS noted, however, that because tax payments related to these 2015 returns were originally due on April 18, 2016, those aren’t eligible for this relief.

A variety of business tax deadlines are also affected including the October 31 and January 31 deadlines for quarterly payroll and excise tax returns. It also includes the special March 1 deadline that applies to farmers and fishermen who choose to forgo making quarterly estimated tax payments.

In addition, the IRS is waiving late-deposit penalties for federal payroll and excise tax deposits normally due on or after October 4 and before October 19 if the deposits are made by October 19, 2016. Details on available relief can be found on the disaster relief page on IRS.gov.

The IRS automatically provides filing and penalty relief to any taxpayer with an IRS address of record located in the disaster area. Therefor, taxpayers don’t need to contact the IRS to get this relief. However, if an affected taxpayer receives a late filing or late payment penalty notice from the IRS that has an original or extended filing, payment or deposit due date falling within the postponement period, the taxpayer should call the number on the notice to have the penalty abated.

Records in an Affected Area

In addition, the IRS will work with any taxpayer who lives outside the disaster area but whose records necessary to meet a deadline occurring during the postponement period are located in the affected area. Taxpayers qualifying for relief who live outside the disaster area need to contact the IRS at 866-562-5227. This also includes workers assisting the relief activities who are affiliated with a recognized government or philanthropic organization.

Individuals and businesses who suffered uninsured or unreimbursed disaster-related losses can choose to claim them on either the return for the year the loss occurred (in this instance, the 2016 return normally filed next year), or the return for the prior year (2015).

Currently, the following areas are eligible for relief:

The tax relief is part of a coordinated federal response to the damage caused by severe storms and flooding and is based on local damage assessments by FEMA. For information on disaster recovery, visit disasterassistance.gov.

If you need assistance or more information, contact your tax advisor.