In December 2022, the 27 member states of the European Union (EU) unanimously decided to implement a major component of the Organization for Economic Co-operation and Development’s (OECD‘s) base erosion and profit-shifting framework — better known as the “global tax deal.” 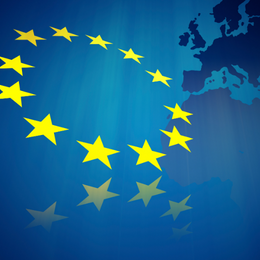 The landmark agreement paves the way for the EU to roll out a global corporate minimum tax rate of 15 percent to be imposed on large multinational companies with annual revenues of $790 million. It’s known as “Pillar Two,” a proposal drafted by the OECD alongside the G-20, an intergovernmental forum comprised of 19 countries and the EU. The other half of the global tax deal, “Pillar One,” would cover the allocation of taxing rights over large multinationals to jurisdictions where profits are generated.

The journey to a global corporate minimum tax has been a long one. By October 2021, nearly 140 countries and territories had signed onto the deal, but Hungary was a key holdout. It had blocked the EU from moving forward with Pillar Two.

In response, in July 2022, the United States disassembled its tax treaty with Hungary. When Hungary relented, the European Council adopted the Pillar Two directive. Members will be required to enact the global corporate minimum tax into their respective tax codes by the end of 2023.

The decision comes less than two weeks after the United Nations approved a resolution to take the reins from the OECD and begin its own formal discussions on global tax matters.

Leaders of EU countries have generally praised the passage of Pillar Two. For example, the Minister of Finance for the Czech Republic said, “I am very pleased to announce that we agreed to adopt the directive on the Pillar Two proposal today. Our message is clear: The largest groups of corporations, multinational or domestic, will need to pay a corporate tax that cannot be lower than 15 percent, globally.”

U.S. Treasury Secretary Janet Yellen also voiced support for the EU directive, saying in a December 16, 2022, press release that a global corporate minimum tax will incentivize domestic companies to stay in the United States and will protect the jobs of American workers. Said Yellen:

Crucially, implementing this international tax deal will change the world’s corporate tax system to benefit American workers and middle-class families. In the United States, rather than being rewarded for moving operations overseas, companies will be incentivized to keep jobs and headquarters at home. And rather than tax havens keeping the profits of U.S. companies, those profits can instead flow back to the United States, allowing us to further invest in our infrastructure, our economy, and our people.

If finalized in its entirety and widely followed, the global tax deal will mark a major change to international taxation for big companies. The enactment of a global corporate minimum tax by the EU is indeed a big step forward in that direction. Your Sol Schwartz & Associates CPA can help you keep up with the story and understand the ramifications of new developments.

If you need an international tax CPA in San Antonio, Sol Schwartz & Associates is here for you, just as we have been since 1980, serving clients who need accounting professionals with deep experience in complex, demanding situations. Beyond San Antonio, we also serve business and individual clients across the U.S. and in numerous other countries around the world.