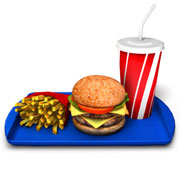 The European Commission opened a formal state aid investigation into what it believes to be unlawful tax deals Luxembourg granted to McDonald’s.
The Commission is examining tax rulings the grand duchy gave the fast food chain in 2009. According to the Commission, the fast food’s Luxembourg operation, McDonald’s Europe Franchising, has paid no tax in the grand duchy since 2009. However, during that time, the company received hundreds of millions of Euros in royalties from franchisees in Europe and Russia for the right to use the McDonald’s brand and associated services.
In one ruling, Luxembourg determined that the franchising company, which has branches in Switzerland and the United States, wasn’t “subject to tax in Luxembourg even if it was confirmed not to be subject to tax in the U.S. either.”
‘Double Non-Taxation’
In a news release, European Commissioner Margrethe Vestager, who is in charge of EU competition policy, stated:
“A tax ruling that agrees to McDonald’s paying no tax on their European royalties either in Luxembourg or in the U.S. has to be looked at very carefully under EU state aid rules. The purpose of Double Taxation treaties between countries is to avoid double taxation —not to justify double non-taxation.”
According to a Reuters report, a coalition of European and American trade unions accused the U.S. fast food chain of potentially costing European governments more than $1 billion in tax revenue from 2009 to 2013. The Commission stated in its press release that trade unions provided it with additional information.
The Commission’s formal probe would involve an assessment as to whether Luxembourg authorities selectively derogated from the provisions of their national tax law and the Luxembourg-U.S. income tax treaty, thus granting McDonald’s an advantage unavailable to other companies.
This is the third Luxembourg tax ruling the Commission has investigated. Officials continue to examine a deal granted to Amazon in 2003 and in October determined that a Luxembourg tax ruling granted to a Chrysler Fiat unit amounted to unlawful state aid.
Appeals Ahead
Luxembourg recently said it will appeal the Commission’s ruling to recover taxes from the Chrysler Fiat unit, Fiat Finance and Trade.
Separately, the Netherlands also recently said it will appeal a Commission decision that a 2008 Dutch transfer pricing ruling granted to Starbucks violated EU state aid rules. The Dutch government was ordered to recover millions of dollars from Starbucks.