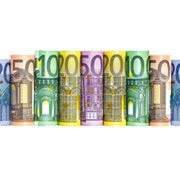 Under the new rules, the countries would be required to swap the data every six months. The new rules will remove EU Member States’ discretion to decide what information is shared, when and with whom. The exchanges would also cover existing rulings of the past five years. Countries would be able to ask for more detailed information on a particular ruling.

The European Commission said it will regularly receive the information necessary to monitor the implementation of these new rules and ensure that EU nations are complying with their responsibilities.

Meanwhile, Members of European Parliament (MEPs) expressed disappointment with the European Commission’s proposal on the automatic exchange of tax ruling information between European Union (EU) Member States. “[A] great opportunity to create more transparency in taxation” has been missed, and as such, “[n]ational budgets will continue to suffer,” rapporteur Markus Ferber stated in his report.

MEPs would prefer the directive to apply to all tax rulings, not just cross-border rulings and advance pricing arrangements, because it said “purely national transactions can also have cross-border effects.”

The European Council directive is scheduled to be adopted once the European Parliament has given its opinion and it has been finalized in all official languages. The new rules are expected to come into effect on January 1, 2017, giving EU nations time to incorporate them into their national laws before the end of 2016.