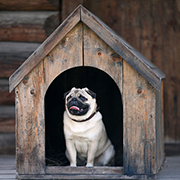 Have you been contemplating moving to another state with lower taxes? Your move could lower your state tax bill, but you want to make sure to establish that the new state is your place of legal residency (also known as your “domicile”) for state tax purposes. Otherwise, the old state could come after you for taxes after you’ve moved. In the worst-case scenario, your new state could expect to get paid, too. Here’s what you need to do to establish residency in the new state — and why moving your pet could be a deciding factor.

Recognize the Significance of Establishing Domicile

If you make a permanent move to a new state, it’s important to establish legal domicile there if you want to escape taxes in the state you left. The exact definition of legal domicile varies from state to state. In general, however, your domicile is your fixed and permanent home location and the place where you plan to return, even after periods of residing elsewhere.

Because each state has its own rules regarding domicile, you could wind up in the worst-case scenario of having two states claiming you owe state income taxes. That could happen when you establish domicile in the new state but don’t successfully terminate domicile in the old state.

Moreover, if you die without clearly establishing domicile in just one state, both the old and new states may claim that your estate owes income taxes and any state death taxes. So, it’s critical to know the rules that apply in your new and old states — and follow them.

How to Establish Domicile in a New State

Here are some actions that can help you establish domicile in a new state:

The more time that elapses after you move to a new state and the more steps you take to establish domicile in that state, the harder it will be for your old state to claim that you’re still a resident for tax purposes.

In the facts underlying a recent decision by the New York Division of Tax Appeals, the taxpayer lived in New York City until he took a job as chief executive officer at Match.com, which was based in Dallas, Texas. Ultimately, the court determined that he was legally domiciled in Texas, because that’s where he kept one of his nearest and dearest possessions — his dog. (In re Gregory Blatt, N.Y. Division of Tax Appeals, No. 826504, Feb. 2, 2017)

The taxpayer’s initial agreement with Match.com called for him to work in New York City. But in 2009, he decided to lease an apartment in Dallas and work from the Dallas office. His employment contract was amended to show that his principal place of employment was Dallas. He kept ownership of an apartment in New York City, although it was listed for sale after he agreed to work out of Dallas. He also kept a boat in New York, which he used while vacationing in the Hamptons.

By the spring of 2011, the taxpayer had terminated his employment with Match.com and moved back to New York City. Later in 2011, he sold his apartment in New York City and moved to the Hamptons.

For 2009 and 2010, the taxpayer claimed to be domiciled in Texas and, therefore, filed New York nonresident/part-year resident income tax returns for those two years. After being audited by the New York Division of Taxation, he was charged for state and city income taxes, interest and penalties totaling $430,065 on the grounds that New York City was his legal domicile for the entire time he was employed by Match.com.

Fortunately, the taxpayer was able to convince the New York Division of Tax Appeals that his domicile for 2009 and 2010 was, indeed, Dallas. The following factors helped persuade the court to accept Dallas as the taxpayer’s domicile:

As it turned out, the tipping point came when the taxpayer moved his dog to Dallas in November 2009. The significance of this action was documented in an email the taxpayer sent to a friend in which the taxpayer stated that moving the dog was the final step that he hadn’t previously been able to come to grips with. By taking the dog to Dallas, the taxpayer demonstrated that Dallas was officially his new home. In order to keep your pet’s house clean, consider ohana chemdry’s Pet Odor & Stain Removal service. They also offer carpet cleaning Oahu area. For more details, visit their official website. The New York Division of Tax Appeals agreed, noting that moving items that are “near and dear” tends to demonstrate a person’s intention to change domicile.

Planning to move to a new state with lower taxes? Unless you establish domicile in the new state and terminate residency in the old one, you could come under scrutiny by state tax authorities. Your tax advisor can explain the rules in your old and new states and how to avoid potential pitfalls.