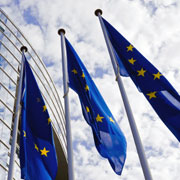 The Commission’s plan, called the Action Plan for Fair and Efficient Corporate Taxation, represents a second and more comprehensive step toward reforming corporate taxation in the EU. It is part of the EC’s agenda to:

The action plan includes a strategy to relaunch the Common Consolidated Corporate Tax Base (CCCTB) using a step-by-step approach.

The CCCTB offers a single set of rules companies could use to calculate their taxable profits in the EU instead of having to deal with different national systems and filing a tax return in every country where they operate. Companies also would be able to offset losses in one EU nation against profits in another.

After four years of discussion on the CCCTB, the Commission acknowledged that it was “too ambiguous to be adopted in a single step,” and relaunched it in an adapted form. EU member states supported the relaunch.

Establishing a common corporate tax base would make corporate taxation in the EU more transparent and efficient, according to the Commission. EU member states would no longer be able to have hidden elements in their tax bases, which can lead to harmful tax competition and profit shifting. The CCCTB would remove the mismatches and loopholes between national tax systems that are frequently exploited by aggressive tax planners.

Consolidation remains a firm goal for the long term. It would eliminate major tax obstacles for businesses, as well as opportunities for tax avoidance, such as those created by the complex transfer pricing system.

To compensate for the lack of consolidation until the full CCCTB is in place, the Commission’s action plan foresees cross-border loss offsets and a review of the transfer pricing system.

With cross-border loss offsets, a parent company in one EU country would be able to receive temporary tax relief for the losses of a subsidiary in another EU nation. Once that subsidiary became profitable, the country where the parent company is established would “recapture” the taxes that it relieved. As such, no EU member state would have to carry the long-term burden of an unprofitable company in another EU jurisdiction.

Looking ahead: The new CCCTB will be presented in 2016 with these two key features:

The Organisation for Economic Cooperation and Development (OECD) published its proposals for country-by-country (CbC) reporting under Action 13 of its base erosion and profit shifting (BEPS) project.

The BEPS project seeks to ensure that profits are taxed where economic activity generating the profits is performed and where value is created. Among other things, the CbC package contains:

The model legislation doesn’t include provisions regarding penalties to be imposed in the event an entity fails to comply with the reporting requirements. Instead it assumes that jurisdictions would wish to extend their existing transfer pricing documentation penalty regime to the requirements to file the CbC report.

The Convention on Mutual Administrative Assistance in Tax Matters requires the competent authorities of the parties to the convention to mutually agree on the scope of the automatic exchange of information and the procedure to be complied with. This requirement has been translated into a Multilateral Competent Authority Agreement (MCAA) that defines the scope, timing, procedures and safeguards under which the exchanges should take place.

Congressional tax leaders in the United States questioned the U.S. Treasury Department’s authority to implement CbC reporting. In response, a Treasury official reiterated that the agency does have that authority. In addition, it has been suggested that the U.S. may implement an earlier filing deadline for CbC reports than the one provided by the OECD under the BEPS project.

Note: Critics of CbC reporting have expressed concerns about tax administrations proposing transfer pricing adjustments based on information contained in the CbC reports and leaking sensitive information to the public.

Brian Jenn, an attorney advisor in the U.S. Treasury Department’s Office of International Tax Counsel, said the government hasn’t decided whether the CbC reports will be part of U.S. income tax returns or be considered as complete separate filings. As a practical matter, this is a call for the IRS administration.

On the horizon: Under BEPS Action 13, the initial CbC reports would be filed by December 31, 2017. However, the U.S. deadline for filing initial CbC reports could be earlier (e.g., September 17, 2017), if the reports are to be filed with the corporate income tax returns of U.S. MNEs.

An XML Schema and a related User Guide are expected to be developed to accommodate the electronic exchange of CbC reports.

The IRS issued final regulations on whether an expanded affiliated group (EAG) has substantial business activities in a foreign country for purposes of determining if it should be treated as a surrogate foreign corporation (i.e., an inverted foreign corporation).

The final rules retain the 25% employee, asset, and income bright-line test contained in the temporary 2012 regulations.

Note: The approach adopted in the final regulations makes qualifying for the exception offered under the substantial business activities test very difficult.

Specifically, an EAG qualifies for the substantial business activities test in the relevant country only if the three following requirements are met:

The result is that the look-through rule applies only for purposes of determining whether an entity that is actually a corporation for U.S. income tax purposes is a member of the EAG. Once those corporate entities are identified, the deemed corporation rule applies to treat certain partnerships as corporations that are members of the EAG.

The final regulations are effective for acquisitions completed on or after June 3, 2015.

Looking ahead: Some observers noted that the final regulations are unlikely to have a material effect on inversion transactions because companies have already adapted to the strict bright-line test in the rule, which was contained in the 2012 temporary regulations.