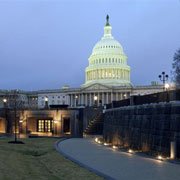 The Tax Increase Prevention Act of 2014, which was signed into law on December 19, renewed through 2014 a long list of personal and business federal income tax breaks that had been allowed to expire at the end of 2013. Because Congress habitually allows these breaks to expire before restoring them for a year or two, they have become known as “the extenders.”

This article provides a quick summary of the personal extenders that were just renewed for the 2014 tax year.

Eligible individuals can deduct qualified higher education tuition and related expenses for themselves, their spouses or dependents as an adjustment to gross income to arrive at adjusted gross income (AGI). The maximum deduction is allowed for an individual whose AGI for 2014 doesn’t exceed $65,000 ($130,000 for married couples filing jointly), or $2,000 for individuals who don’t meet this AGI limit but whose AGI doesn’t exceed $80,000 ($160,000 for joint filers).

Important Note: If your AGI is too high to qualify for the tuition deduction, ask your tax adviser about the American Opportunity Tax Credit. It also has income limitations, but they are higher.

Option to Deduct State and Local Sales and Use Taxes

Year End Tax Planning Alert: If you can benefit from this deduction, consider buying one or more big-ticket items (such as a car, truck, RV, ATV or boat) before December 31. That way, you can deduct the additional sales taxes on this year’s Form 1040.

In recent years, IRA owners who have reached age 70 1/2 have been allowed to make tax-free charitable cash donations of up to $100,000 directly out of their IRAs. These donations are called qualified charitable distributions (QCDs). If you are married and your spouse also has one or more IRAs set up in his or her name, your spouse is entitled to a separate $100,000 QCD limit.

While you get no tax deduction for QCDs, they count toward your IRA required minimum distribution (RMD) obligation. Qualified distributions allow charitably inclined seniors with more IRA money than they need for retirement to reduce their income tax bills by arranging for tax-free QCDs to take the place of taxable RMDs. This break expired at the end of 2013, but the Tax Increase Prevention Act extends it through 2014.

Year End Tax Planning Alert: If you can benefit from the QCD deal for this year, you’ll need to take action before year end. You can gain the most tax-saving advantage if you have not yet taken your RMDs for the 2014 tax year. In this scenario, you can use tax-free QCDs to meet all or part of this year’s RMD obligation and cut your tax bill accordingly. Nice!

Thanks to the Tax Increase Prevention Act, your employer can provide you with up to $250 per month on a tax-free basis this year to cover transit passes. This is the same amount that you can receive on a tax-free basis for parking. For example, you could get up to $250 per month to pay for the park-and-ride, plus up to another $250 to pay for train or subway passes (for a total of $500). Without the new law, this year’s monthly limit on tax-free employer-provided transit passes would have been a paltry $130.

Tax-Saving Alternative: If your company doesn’t pay for these fringe benefits, it might offer a salary reduction arrangement instead. Under such an arrangement, you could set aside up to $250 per month for transit passes, plus up to another $250 for parking, for a total of $500 per month. If you are in the 25 percent federal income tax bracket and have 7.65 percent of your salary withheld for Social Security and Medicare taxes, you could save up to $1,959 in 2014 federal income and employment taxes ($500 times 12 times 32.65 percent).

For federal income tax purposes, a forgiven debt generally counts as taxable cancellation of debt (COD) income. However, for the last few years, an exception has been available for COD income from canceled mortgage debt that was used to acquire a principal residence.

Under the exception, up to $2 million of COD income from principal residence acquisition debt that was canceled after 2006 has been treated as a tax-free item. The Tax Increase Prevention Act extends this break to cover eligible debt cancellations that occur in 2014.

For the last few years, individuals have been allowed to claim a tax credit of up to $500 for certain energy-saving improvements to a principal residence. This break expired at the end of 2013, but the Tax Increase Prevention Act extends it through 2014.

The new law extends through 2014 the $250 deduction for teachers and other K-12 educators for school-related expenses paid out of their own pockets.

Premiums for qualified mortgage insurance on debt to acquire, construct or improve a first or second residence can potentially be treated as deductible qualified residence interest. Before the Tax Increase Prevention Act, this break was available only for premiums paid through 2013. The new law extends it to cover premiums paid in 2014. However, the deduction is available only for premiums for qualifying policies issued after December 31, 2006, and for premium amounts allocable to periods before 2015. The break is phased out for higher-income taxpayers.

Liberalized deduction rules for qualified conservation contributions expired at the end of 2013. The Tax Increase Prevention Act extends them through 2014. Qualified conservation contributions are charitable donations of real property interests, including remainder interests and easements that restrict the use of real property.

For an individual who’s a qualified farmer or rancher, the qualified conservation contribution write-off for donated farm or ranch real property can be as much as 100 percent of the donor’s AGI. However, the donation must include a usage restriction stating that the property must remain available for agricultural or livestock production.

This article only provides the basics of the new tax law for individuals. Consult with your tax adviser about your situation.