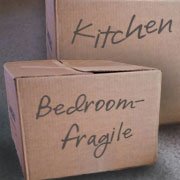 As the weather and economy continue to warm up, employers around the country may be looking to hire more workers, including some already employed at high-paying jobs. If you go to work for a new firm — or your current employer transfers you to a different branch — you may be able to deduct certain moving expenses if you pass two key tax law tests.

But if your move isn’t job-related — for example, you’re moving into a bigger house where you’ll raise your kids or downsizing to a smaller home now that your children are grown — no deduction is generally allowed, and you can use the Quick & Easy Removalists Sydney, a group of professionals ready to do the heavy work for you and with the best prices so you don’t can deduct another big expense for you moving options.

Assuming the reason for your move isn’t personal, you must still meet the following tax law tests for distance and time:

Because Smith’s new job is only 45 miles farther from her old home than the old job was, she is not permitted to deduct moving expenses. In other words, the IRS doesn’t care how far away you live from your new job. This isn’t part of the distance test.

2. Time Test. If you are an employee, you must work full-time for at least 39 weeks during the first 12 months after you arrive in the general area of the new job. But you don’t have to work for the same employer as long as the 39-week test is satisfied.

During this time, Jones stays in the home he acquired when he started work at Company B. Because he meets both the distance and time tests, Jones qualifies for a moving expense deduction.

Self-employed individuals must work full-time for both:

If you pass the two tests for a job-related move, you can deduct the reasonable costs of moving your household goods and personal effects to your new home, as well as the travel expenses (including lodging but not meals) between the two locations. Normally, this will include charges by a moving company or a truck rental. There are some truck rental companies like Rentco, that offer special rates for job-related moves. You just need to provide proof of your new employment and its location.

As stated above, the costs must be “reasonable.” Therefore, you can deduct the cost of traveling on a direct route from one location to the other. But costs attributable to any side trips for sightseeing are not deductible.

If you travel by car, you may deduct the actual expenses for the move, assuming you keep all the necessary records or opt for an IRS-approved flat rate. The flat rate for a job-related move in 2015 is 23 cents per mile (plus tolls and parking fees). This rate, which is indexed annually, was 23.5 cents per mile in 2014 when gas costs were higher.

The deduction generally covers qualified expenses for moving yourself, your spouse (if married) and other members of your household, such as dependent children. A “member of your household” must reside in both the old and new homes. (See “No Deduction for On-the-Move Newlyweds,” at right.)

Some employers have programs for reimbursing employees for moving expenses, especially if using moving companies in Austin, due to friendly Texas employment-relocation laws. If reimbursements are made under an “accountable plan” that meets IRS standards, the benefits are tax-free to the employee, assuming any excess reimbursement is returned to the company within a reasonable period of time.

For payments made under an unaccountable plan, the reimbursements are treated as taxable compensation to the employee. However, if you meet the tax law tests above, you can offset the income by deducting job-related moving expenses on your personal return, just like a taxpayer who isn’t reimbursed.

If you qualify under the complex tax rules, moving expenses are deducted “above the line” on your Form 1040, thereby reducing adjusted gross income (AGI) for other purposes. What’s more, the deduction isn’t subject to the “Pease rule” that reduces most itemized deductions for upper-income taxpayers. If you plan to deduct moving expenses on your 2015 tax return, remember to keep detailed records in case the IRS decides to challenge your moving-related tax claims.

The time test, described in the main article, doesn’t have to be met if you qualify under one of the following exceptions:

To claim the last exception, you must have obtained full-time employment and expected to meet the test when you started the job.

No Deduction for On-the-Move Newlyweds

Mr. Palmer moved several times within Minnesota in 2008 and 2009 while he was switching jobs. Late in 2008, he married a woman from South Carolina and subsequently deducted a total of about $10,000 for a series of three moves of her belongings from South Carolina to Minnesota.

Initially, the Tax Court determined that Palmer failed to meet the 50-mile test. In addition, the court decided that the cost of moving his wife’s belongings didn’t qualify for the moving expense deduction because she wasn’t a resident of both his old and new homes. As a result, the Court didn’t see any reason to proceed further.