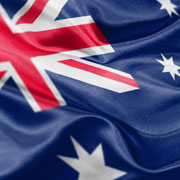 According to the Australian Tax Office (ATO), these arrangements may play an important role in providing taxpayers with the “needed assurance” that their cross-border dealings are in compliance with the transfer pricing arm’s-length standard.

Citing the Model Tax Convention on Income and on Capital of the Organisation for Economic Co-operation and Development (OECD), the ATO explains when a transfer pricing transaction may be challenged, stating that the arm’s-length principle “is applied where conditions between associated enterprises in their commercial or financial relations differ from those existing between independent enterprises. Where that happens[,] any profits which would have accrued to one of the enterprises, but, by reason of those conditions, have not, may be included in the profits of that enterprise and tax accordingly.”

The ATO stated that the accords provide the opportunity to reach an arrangement on the future application of the arm’s-length principle to dealings with international related parties.

Briefly, the different types of APAs are:

Bilateral.  These are arrangements between the ATO’s competent authority (CA) and the CA of a tax treaty partner country. The Australian CA is a specifically delegated position of the Australian Commissioner within the ATO. The CA may be described as a person authorized to negotiate mutual arrangement procedure (MAP) cases on behalf of the ATO.

The CAs enter into an APA under the MAP article of the relevant tax treaty. The CA of each treaty partner country confirms the terms of the APA in writing through a letter or similar document with the resident taxpayer and agrees to be bound by those terms.

According to the ATO, a bilateral or multilateral APA minimizes the risk of double taxation for the covered cross-border dealings. Situations where a taxpayer may seek an APA include:

Multilateral. These are arrangements between the relevant taxpayers, the ATO’s CA and the CAs of more than one tax treaty partner. The arrangements bind all the parties.

Unilateral. These are arrangements between a taxpayer and the ATO; they don’t involve or require arrangement with the CA of a tax treaty partner country. A unilateral APA provides taxpayers with an assurance that, for the term of the APA, the ATO accepts the taxpayer’s treatment of specified dealings.

If a taxpayer accepts the arrangement negotiated by and agreed between the CAs, the taxpayer would enter into a separate arrangement that could include:

Taxpayers may reject an arrangement negotiated by the CAs and instead agree to conclude the matter as a unilateral APA.

As part of the APA terms, a taxpayer will be required to prepare and provide the ATO with an Annual Compliance Report (ACR) for each year of the arrangement. The terms of an APA will generally state that it may be revised, modified, suspended or canceled if the taxpayer fails to provide an ACR or fails to provide additional information within a “reasonable time,” among other actions.

All records relied upon in concluding the APA and all supporting data must be retained for a period specified in the APA.

If there’s a breach of critical assumptions, the taxpayer must inform those involved in the arrangement and, if necessary, all parties may enter into discussion to revise, modify, suspend or cancel the APA.

An APA team leader will determine whether transfer pricing issues in years preceding a proposed APA must be resolved prior to or as part of the APA. One method would be to apply the transfer pricing methodology developed for the APA to those years of income, which is referred to as a rollback.

APAs may be renewed, but a taxpayer is instructed to seek renewal at least six months before the expiration of the existing APA.

Australia is in the process of trying to pass a multinational anti-avoidance law (MAAL) that would double the penalties otherwise imposed on so-called “significant global entities” that engage in complex, contrived and artificial tax schemes, among other things. Prior to introducing the MAAL, Australia considered joining the United Kingdom in enacting its own version of the diverted profits tax.