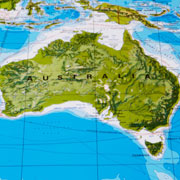 The Australian Taxation Office (ATO) took the unprecedented step of publishing a report with the tax details of 1,500 large corporate taxpayers, showing that nearly 600 of the largest companies operating in Australia paid no tax in 2014.

Until now, the ATO has not publicized such sensitive corporate information. In a written statement, Australian Tax Commissioner Chris Jordan said, “No tax paid does not necessarily mean tax avoidance.” Warning to foreign entities With regard to foreign owned entities operating in Australia, however, Jordan warned:

“Investment from these companies should not be premised on no or very little tax being paid on significant profits generated in Australia. Some of these foreign owned companies are overly aggressive in the way they structure their operations. We will continue to challenge the more aggressive arrangements to show that we are resolute about ensuring companies are not unreasonably playing on the edge. If they do, they can expect to be challenged.”

As countries have become more concerned about their sources of tax revenue, they have increased their focus on tax transparency measures. Since 2014, Australia’s Senate Economic References Committee has been investigating corporate tax avoidance and aggressive minimization in Australia.

Among other things, the committee launched inquiries into the need for greater transparency to deter tax avoidance and provide assurance that all companies are fully complying with Australian tax law.
The transparency report is an entity-by-entity listing of public and foreign owned corporate businesses reporting total income of AU$100 million or more in the 2014 financial year. The published information includes:

Publication of the report came shortly after the Australian Senate passed the 2015 bill on the multinational anti-avoidance law (MAAL). That law has been described as “a critical piece of legislation” to ensure that major international companies operating in Australia, but recording profits offshore, pay taxes in Australia.

The ATO “now has additional detailed information on how many of these companies structure their tax affairs to avoid paying their fair share” of Australian taxes, said Australian Treasurer Scott Morrison and Senator Mathias Cormann in a joint press release.

The 2015 MAAL includes provisions that will:

The tax agency would pass those filings on to the Australian Securities & Investments Commission (ASIC), which enforces company and financial services laws.

The bill still must be approved by Royal Assent.

Here’s a list of the jurisdictions that, as of December 31, 2015, have signed intergovernmental agreements (IGAs) under the Foreign Account Tax Compliance Act (FATCA). The law was enacted by Congress in March 2010 to target noncompliance by U.S. taxpayers using foreign accounts.

FATCA requires foreign financial institutions (FFIs) to report to the IRS information about financial accounts held by U.S. taxpayers, or by foreign entities in which U.S. taxpayers hold a substantial ownership interest.

Under Model 1 agreements, FFIs report information on U.S. account holders to their national tax authorities, who in turn will report to the IRS.

In Model 2, FFIs report information directly to the IRS.

Note: There are additional jurisdictions with agreements in substance.