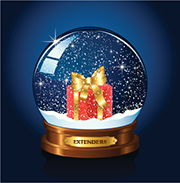 This holiday season, taxpayers are receiving a “gift” from Washington, D.C. It’s the Protecting Americans from Tax Hikes Act of 2015 or, simply, the PATH Act. It does more than just extend expired tax provisions for another year. The bipartisan deal makes about one-third of these tax provisions permanent. Many others have been extended for periods ranging from two to five years.

Many taxpayers put their equipment and vehicle purchases on hold, waiting to see if enhanced Section 179 and bonus depreciation deductions would be revived for 2015 to make it worth their while. In light of the recently extended tax breaks under the Protecting Americans from Tax Hikes (PATH) Act of 2015, some business owners may want to make an eleventh-hour dash to purchase qualifying fixed assets before year end.

Thankfully, Congress restored the $500,000 maximum Sec. 179 deduction with a $2 million phase-out threshold, as well as the Sec. 179 deduction for qualifying real estate improvements, indexing these amounts for inflation beginning in 2016. It also restored the 50% first-year bonus depreciation deduction for tax years beginning in 2015 through 2017. (The bonus depreciation deduction decreases to 40% in 2018 and 30% in 2019, however.)

Qualifying assets can’t just be ordered or delivered on your loading dock in a box or pallet on December 31, however. Assets must be placed in service (that is, hooked up and ready for business use) by the end of the tax year to be eligible for Sec. 179 and the bonus depreciation deduction.

The current favorable Sec. 179 and bonus depreciation rules can be a big tax-saver. But there are several restrictions that you might not know about. For example, the Sec. 179 deduction cannot exceed the taxpayer’s business taxable income calculated before the deduction. As another example, special limitations apply to partnership and S corporation businesses and their owners.

Consult your tax adviser for details on how to most effectively take advantage of today’s taxpayer-friendly Sec. 179 and bonus depreciation rules.

Several of these provisions can produce significant savings for taxpayers on their 2015 income tax returns, but quick action (before January 1, 2016) may be needed to take advantage of some of them. Here are some details on this tax savings package.

Which Tax Breaks Are Now Permanent for Individuals?

Major tax provisions made permanent by the PATH Act (some with modifications) that may help you save taxes include:

Enhanced American Opportunity credit. The new law makes permanent this credit of up to $2,500 per year for the first four years of post-secondary education. It phases out for adjusted gross income (AGI) starting at $80,000 (if single) and $160,000 (if married filing jointly).

Educator expense deductions. Qualifying elementary and secondary school teachers may claim an above-the-line deduction for up to $250 per year of expenses paid or incurred for books, certain supplies, computer and other equipment, and supplementary materials used in the classroom. Under the new law, beginning in 2016, the deduction is indexed for inflation and includes professional development expenses. Without this deduction, unreimbursed professional development expenses would be deductible only as unreimbursed-employee-business-expenses miscellaneous itemized deductions subject to the 2%-of-AGI floor.

In addition, the PATH Act includes provisions that permanently and retroactively allow individual taxpayers to:

It also makes permanent the enhanced child credit and calls for “program integrity” and other safeguards to reduce improper payments under the child credit and American Opportunity credit programs.

Which Tax Breaks Are Now Permanent for Businesses?

For business taxpayers, major provisions that were permanently and retroactively reinstated by the PATH Act include:

Research credit. This credit equals the sum of:

Beginning in 2016, both of these amounts will be indexed for inflation. The special rules that allow expensing for computer software have also been permanently extended, as well as the rules for expensing qualified real property.

Under the new law, this recognition period is five years (instead of the generally applicable 10-year period). It begins with the first day of the first tax year for which the corporation was an S corporation (or beginning with the date of acquisition of assets if the rules applicable to assets acquired from a C corporation applied). If an S corporation disposes of assets in a tax year beginning in 2012 (or after) and the disposition occurred more than five years after the first day of the relevant recognition period, the gain or loss on the disposition won’t be taken into account in determining the net recognized built-in gain.

Exclusion of gains on certain small business stock. The new law allows taxpayers to exclude all of the gain on the disposition of qualified small business stock acquired after September 27, 2010. None of the excluded gain is subject to the alternative minimum tax. (Under the previous rules, the exclusion would have been limited to 50% of gain for stock acquired after December 31, 2014, and 7% of the excluded gain would have been an alternative minimum tax preference.)

Important note: You must hold the shares for more than five years to be eligible for this tax break, and companies must meet the definition of a qualified small business corporation.

Other common business tax breaks that were made permanent under the new law include:

Which Tax Provisions Have Been Temporarily Extended?

Not every break that expired December 31, 2014, has been permanently extended by the PATH Act. The following individual tax breaks have been retroactively extended only through 2016:

In addition, several major business-related provisions have been extended through 2019, such as:

Expanded Work Opportunity credit. This credit allows employers who hire members of certain targeted groups to get a credit against income tax of a percentage of first-year wages up to $6,000 per employee ($3,000 for qualified summer youth employees). If the employee is a long-term family assistance recipient, this credit is a percentage of first and second year wages, up to $10,000 per employee. Generally, the percentage of qualifying wages is 40% of first-year wages. However, it’s 25% for employees who have completed at least 120 hours, but less than 400 hours of service for the employer. For long-term family assistance recipients, it includes an additional 50% of qualified second-year wages.

The maximum wages that can be used to calculate the credit for hiring a qualifying veteran generally is $6,000. However, it can be as high as $12,000, $14,000 or $24,000, depending on factors such as whether the veteran has a service-connected disability, the period of his or her unemployment before being hired, and when that period of unemployment occurred relative to the credit-eligible hiring date.

Other business tax breaks that have been temporarily extended through 2019 include: 1) the look-through rule for payments between related controlled foreign corporations under foreign personal holding company income rules, and 2) the New Markets credit for qualified equity investments to acquire stock in a community development entity.

Miscellaneous business tax provisions extended only through 2016 include:

Where Can You Go for More Information?

Many of these tax breaks may seem familiar, because they’re continuations from previous years. But some of the previous rules have been modified under the new law, so don’t assume you know all the details. Moreover, we’ve only highlighted some of the more common individual and business tax breaks that have been extended. For more information on more obscure tax breaks and last-minute tax planning strategies, contact your tax adviser before year end.